Kiato is a seaside town at the northeast of Peloponnese and a popular destination with many options for your accommodation. It is known for its beautiful beach which is wetted by the Corinthian Gulf. In addition Kiato is the ideal starting point for the picturesque villages of the mountainous Corinthia.
Kiato is near the known ancient city Sikiona. According to Greek mythology, here was the place where gods and humans gathered after the Titanomachy in order to divide the property of the world. The judge of the procedure was Prometheus, the Greek titan. Prometheus who was on the side of the humans tricked the gods and convinced them to accept the bones (and not the meat) as sacrifices on their altars. In addition he stole the fire from the gods and gave it to humans, an action which symbolizes the beginning of the human civilization. The Olympian gods found out his deed and punished Prometheus by enchaining him on the mountain Kafkasos where an eagle of Zeus came every morning and ate the liver of Prometheus.
Today Kiato is the capital of the Municipality Sikionon and extends on the seaside part of the Municipality. It consists of the main city and the surrounding settlements Neapoli, Tragana and Agios Ioannis. Trade and tourism are the main economic activities of the area. The seaside resort is surrounded by a fertile land with vines, orange trees, apricot trees and lemon trees. The harbor of Kiato serves the trading activities of the area. During the end of the 19th century until the German occupancy of Greece the town was extremely developed mostly because of the exportations of their famous product, the Corinthian raisin. Don’t leave this area without trying some!
There is a legend which says that whoever drinks water from the central square of Kiato, gets married and stays there forever!

The beach of Kiato is the long beach near the settlement. The beach is organized with sun beds and umbrellas, covered by pebbles and offers an idyllic atmosphere. Across the beach there are traditional taverns, cafes and beach bars, which host amazing parties during the nights.
Only 2,5km away from the centre of Kiato you will find the wonderful beach of Kato Dimini. The beach is known for its crystal clear water and the pine trees that extend across the beach. This small forest is considered to be part of the larger forest that existed in this area like the known forest Pefkia in Xilokastro.
At the near locations Vrahati and Xilokastro you will also find beautiful beaches to spend your time.

Near the railway tracks of Kiato you will find the house of Theocharis family which houses the Municipal Art Gallery of Kiato. The building was constructed in 1853 by the famous architect Ernesto Chiller.
The Early Christian Basilica of Kiato is a three-aisled basilica with narthex and atrium. It is an important religious monument and unique sample of Early Christian architectural style in the area.
You could also visit the Warehouses of the Independent Raisin Organization (I.R.O). It is a building complex which consists of five stone buildings that were built in 1932 by B. Frantzi in order to store the raisins, the main exportable product of the area. The building complex was later bought by the IRO.
About 4km southwest of Kiato, at the hill of Basilico village, there is the archaeological site of Ancient Sikiona and the archaeological museum. The ancient theater and the Roman bath are the most important remains of this archaeological site. The ancient city existed since the Mycenaean Period (2.000BC) and was developed especially during the time when the tyrant Kleisthenis was in charge of the city. The main river of Sikionia was Asopos and the city was often called “Asopia”. At the estuary of Asopos River there was the harbor of the ancient city. In 303BC the city was destroyed and the Hellenistic city was built at a higher level. The theater was built in this level after the establishment of the new city (303BC). Excavations of this theater have revealed the stage, the orchestra and part of the seats. Near the theater you can still see the remains of the stadium and the underpinning of the Hellenistic building “vouleftirion”. Another important monument of this area is the archaic temple at the precinct of the agora. The temple was dedicated either to Artemis or to Apollo.
About 26,5km away from Kiato, near Titani village, there are the remains of another ancient city. Ancient Titani was directly connected to Ancient Sikiona. According to Greek mythology this place was the first residence of the Titans. Also according to myths the son of Apollo, Asclepius (the god of medicine) visited this area and built the famous Asclepion which was one of the oldest in Greece. Today the visitor can still admire the walls of the Hellenistic acropolis at the top of the steep mountain slop.
Quit close to Titani village, there is the byzantine monastery Koimiseos Theotokou Lechovas which is a religious monument located at the east side of the mountain Titan (also known as Beseza). The route to the monastery is beautiful and covered with maple trees. Also the position of the monastery is marvelous inside a fir tree forest. The time of its construction hasn’t been clarified and the professor Anastasios Orlandos according to indications dated the monastery to 11th or 12th century AD. The preserved mosaic floor is the jewel of this monastery.

In close distance, only 20 minutes from the seaside settlement, there are some beautiful villages of the beautiful Mountainous Corinthia. Klimenti village is one of these villages. It is one of the oldest villages in Corinthia and played an important part during the Greek War of Independence. From times to times it operated as the administrative and military centre of Theodoros Kolokotronis, the leading figure of the Greek revolution. The central church of the village “Agios Georgios” was built in 1904 and has a beautiful wood curved iconostasis. Megalos Valtos is another beautiful village about 15km southwest of Kiato. In this village, in the area Limiko near the Seliandros River, have been found ancient wells and an old aqueduct. At the edge of the village there is a colorful area with large plane trees and flowing waters. The list of the beautiful villages on the mountainous Corinthia never ends. In the winter you will see here idyllic snowy landscapes and in the summer you will love these villages for the pleasant coolness they offer. 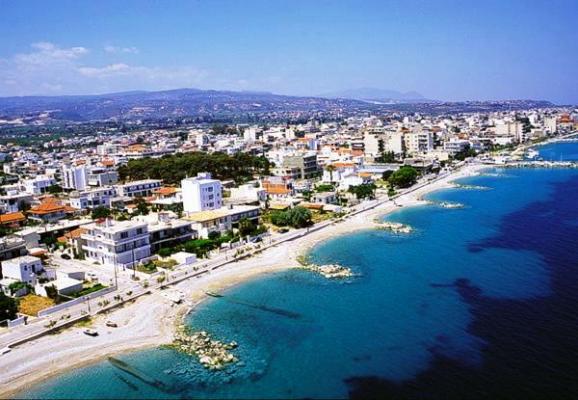