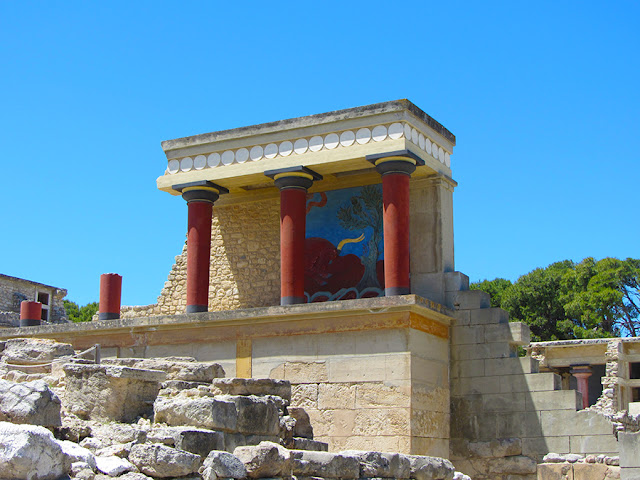 Creteis a land of great history where the bright Minoan civilization prospered. Great mystery covers this civilization as there are no written sources to get more information about it because they were probably lost due to great disasters. Some connect this mystery with the volcanic eruption of Santorini which in its turn caused immense waves to rise and cover Crete thoroughly and others with constant earthquakes and enemy attacks which caused the disappearance of the civilization. Only ancient ruins remain to remind us that thousands of years ago the civilization that took its name from its mythical king Minos, who was the son of Zeus and Europa, existed. It is said that the Minoans were some of the most experienced sailors of antiquity. They were also good warriors, merchants and looking at their frescoes found in ruins like the ones in Knossos we realize that they were very skillful artists too. The Minoans were peaceful people as a trading culture but sometimes they would act aggressively against pirates. One of the most known symbols of the Minoans was a symmetric double axe named Labyris or Labrys also known as Pelekys and was associated with female divinities. The center of the Minoan civilization was the city Knossos which is also considered as Europe’s oldest city and some believe that Knossos was where the mythical structure labyrinth, home of the half man, half bull Minotaur existed.