Vrahati is a seaside small town located at the north of Peloponnese and about 12km west of Korinthos. It is developed into a popular summer resort with some luxurious hotel complexes and apartments in the wider area. The verdant seaside settlement offers a beach with crystal clear water which was awarded with Blue Flag.
According to tradition, the name of the town derived probably from an Ottoman Aga (governor during the Ottoman occupancy in Greece) whose name was “Vrachatis”. Another theory says that the name derived from the goddess Ati, who was the goddess of catastrophe.
Near Vrahati in Evaggelistria village (2,7km away) there is the byzantine church of Agios Nikolaos which worth a visit. If you happen to visit this location on 26th of July you could attend the beautiful feast of the church Agia Paraskevi.

The homonym beach of Vrahati is the nearest and the most popular in this area. It is a cosmopolitan beach covered by pebbles and is known for its clear water. In the beach there are umbrellas with sun beds.
Only 6km east of Vrahati there is another seaside settlement Lechaio with the beautiful sandy Lechaios beach. The area offers plenty of hotels to its visitors. Lechaio took its name from the homonym ancient harbor of Korinthos which existed in this location. It was an important harbor of the area due to the close proximity with Ancient Corinth. The harbor was a technological achievement during this period and its construction inspired the Romans who built in the same way plenty of their harbors. The name Lechaio derived from Lechis, who was the son of the Greek god Poseidon and the fountain Peirini.
Between Vrahati and Lechaios you will find the Perigiali beach and the beach of Kato Assos. In the nearby village Assos you could visit the church of Taxiarchon. It is a basilica which was built in 1822 after the liberation of the area from the Ottomans.
About 3km west of Vrahati there is Kokkoni beach. It is the beautiful beach next to Vrahati with crystal clear water. Kokkoni is an organized beach and offers a variety of water sports.
Nerantza beach is located about 4,2km west of Vrahati and is ideal for family vacations and peaceful holidays. In the village you will find byzantine and post-byzantine churches that you might like to visit. Hotels and rooms to let are also available in this area.
You could travel even further towards the West and visit the seaside towns Kiato and Xilokastro which offer beautiful pebble coasts and picturesque villages to visit.

Close to Vrahati you could visit Corinth, a city of great historical importance with many exceptional monuments to visit. Near Corinth you visit the Corinth Canal and admire the magnificent view.
The picturesque Nafplio is about 60km away from Vrahati. Here you could visit the well preserved Venetian castles and the fortress of Bourtzi on the islet across the harbor of the city. This little town offers a lot of activities for its visitors and also some beautiful coasts like Arvanitia and Karathonas beach. 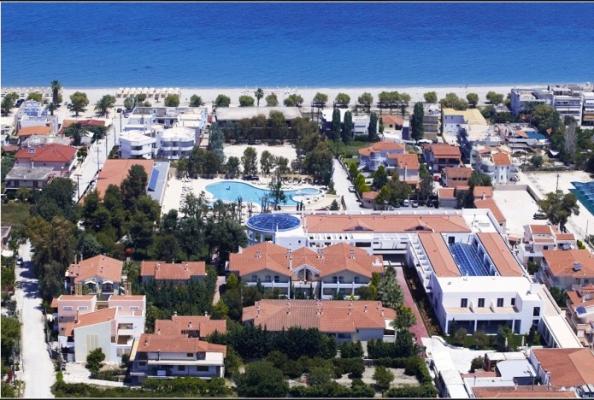