“The ideal place to enjoy fresh fish”
Kavos is a small seaside village that can be found at the northeast side of Peloponnese, at Corinthia County. The name of the village is associated with its location as Kavos in Greek means a cape. The village is known for its amazing fish taverns which lure many visitors, especially the Athenians.
Beside the fresh fish, Kavos is an ideal location for those who like to stroll around at seaside locations, inhale fresh air and visit some beautiful beaches around the area. For your accommodation there is a hotel at the center of the settlement.

You could start with the charming beach close to the settlement. Close to Kavos there is also Krifi beach, which is situated less than 2km north of Kavos settlement and is an organized sandy beach, ideal for families. South of Kavos settlement, you will find Istmia beach, which is a nice beach covered with sand and pebbles. There is a campsite near this area.
Only a few kilometers south of Kavos you could visit one of the most beautiful locations for swimming and relaxation, Kechries beach. It is a long sandy beach with many restaurants and apartments in close proximity. This place is known since the antiquity for being the second port of Ancient Corinth as well as for being the place where Apostle Paul came in order to visit Corinth and teach the precepts of Christianity.
A little further, about 5,5km south of Kavos, there is another famous beach of the area, Loutra Oreas Elenis. This seaside village offers a nice beach covered with sand and pebbles. The place is also known for its thermal baths and according to myths, here was the place where Ellen of Sparta, the most beautiful woman of Greece, took her bath. Close to this village there is another beautiful beach called Kato Almiri.
Loutraki beach is about 9,5km away from Kavos. It is a popular beach with 3,5km length and plenty of activities, cafes and restaurants for the visitors. Loutraki is also known for its thermal baths.
Agioi Theodoroi beach is 16km away from Kavos. It is a popular organized beach which attracts many visitors. Here you will find many taverns to eat fresh fish and picturesque cafes to enjoy your coffee.
In the area of Korinthos there are some remarkable beaches, like the central Kalamia beach. It is the most popular beach of the town with many restaurants and cafes around the area. The beach is covered by thin sand and pebbles. Close to Kalamia beach, just before the ancient port of Lechaeo, there is the sandy Kantare beach. The beach is organized so you won’t have a problem to find a café or enjoy your meal here and the shallow water makes it ideal for the families.
West of Korinthos you will also find the historical village Lechaeo with its beautiful beach. On this beach you will also see the remains of an Early Christian Basilica. Close to Lechaeo, there is Kato Asos beach, which attracts all kinds of visitors, from families to young people. Another charming place to visit close to this area is Vrahati beach. This popular beach is covered with pebbles and has shallow water. You will also find many cafes and restaurants to visit close to this beach.

Although inside Kavos settlement you won’t find any museums or notable sights, it is a good starting point to make a sightseeing tour around the neighboring places.
Only 2,3km away from Kavos you can visit the archaeological site of Isthmia. The area of Isthmia is known especially because of the homonym ancient sport games “Isthmia games”. Isthmia games were the second most important sport games during the antiquity after the Olympic Games. The wider area was inhabited already since the 6.000BC and the area of the archaeological site was inhabited around 1.300BC. The famous “Isthmia games” date back to 582BC and took place every two years. The winners were awarded with a chaplet of wild celery. The games changed location after the destruction of the area from the Romans in 146BC and continued in different locations until the 3rd century AD.
Today at the archaeological site the most important monument is probably the remains of the temple of Poseidon. The initial temple was constructed around 7th BC but it was destroyed by a fire around 450BC. At the same location a new larger Doric temple was built with local limestone. Seventy years later, the temple was largely damaged by a fire and was reconstructed. This temple survived until 146BC when the Roman general Lucius Mummius destroyed the area. At 44BC the area was resettled and the final temple was constructed. In the archaeological site you will also find the Palemonio, the temple which was dedicated to the maritime god Palemonios, who protected the marines. The temple was initially constructed at the middle of the 1st AD and was excavated by O. Broneer.
The ancient stadium of Isthmia was initially constructed around 550BC. The remains of the starting point of this ancient stadium have been revealed. A newer stadium was built at 3rd BC around 300meters northeast of the temple of Poseidon. Close to the stadium, an ancient theater was constructed around 400BC in order to serve the musical contests of the Isthmia games. Today only a few remains of this theater can still be seen by the visitors.
Inside the archaeological site you could also visit the Roman baths (150-160AD), an aqueduct as well as the museum where the visitor can see the prehistoric, archaic and roman findings of the area.
You can’t visit Kavos without taking the opportunity to admire the engineering masterpiece of the 19th century, the Corinth Canal. Already since the antiquity it was a big problem for the ships to travel from the Saronic Gulf to the Corinthian Gulf due to this strait piece of land which connected Peloponnese with the mainland of Greece. For this reason, the ancient Corinthians constructed “Diolkos” which was a paved street of 7,5km. Here there was a wheeled vehicle which transferred the small ships from one gulf to another in urgent occasions. Some parts of Diolkos can still be seen today from the Corinthian Gulf.
The Corinth Canal, which finally connected the Corinthian and the Saronic Gulf, was inaugurated in 1893. Today you can either enjoy the breathtaking view of the Corinth Canal from the bridge or take one of the tourist boats which offer cruises around the canal. The most adventurous travelers could also enjoy bungee jumping from the Corinth Canal!
About 4km south of Kavos, there is Kechries settlement where there are still remains of the ancient port of Kechries. Kechries was the second port of Ancient Corinth and was covered by water after the sedimentation of the land and the sea level rise of the area. Only some remains of the roman buildings can be seen today on the sea level. Some findings of the archaic and classical period have been excavated and today are exhibited at the museum of Isthmia.
Last but not least, you could visit the archaeological site of Ancient Corinth, one of the most important cities of Ancient Greece. The archaeological site and the museum can be found around 14km west of Kavos. Some of the most important monuments here are the archaic temple of Apollo (530BC), the Ancient Agora, the remains of Lechaeo Street and the Pirini Fountain. Outside the archaeological site there are also some important monuments to visit, like the Odeon, the ancient theater and the Asclepion, which was the sanctuary dedicated to the Asclepius, the god of medicine.
A few kilometers south of this archaeological site there is Acrocorinth. Acrocorinth is the hill with the castle of Korinthos which was initially excavated in 1961. It was used already since the early antiquity until the recent years of the Greek history and therefore the visitor today will see the reconstructed buildings from different eras. 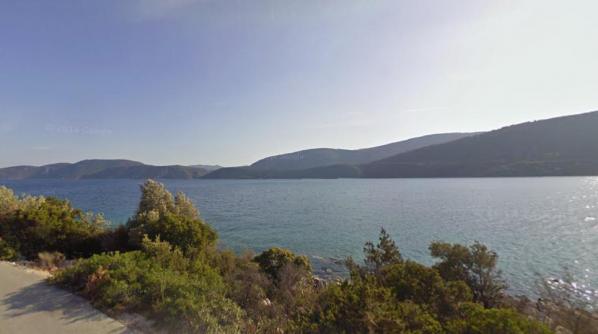