Dimitsana located 60 km far from Tripoli at altitude of 1.000 m, is the great surprise of Arcadia. Maybe the most beautiful traditional settlement of Menalo Mountain, is ideal destination for all times of the year. It lies on two hills surrounded to the north of the Lousios River and it has fantastic view to the south to the Arcadian plains and to Taygetos Mountain.

Dimitsana is a stone built settlement, where you can see remarkable mansions and towers, the most restored, characteristic samples of the fortress architecture of that mountain region. There are seven post-byzantine churches dated 17th, 18th and 19th c., masterpieces of architecture. The town retains open air theatre, swimming pool, restaurants and taverns offering extraordinary local specialties and cafes. Regional products of high quality as meat, honey, wonderful traditional sweets and pastas are sought.

There are many important places to visit in the town. At the place of the famous Seminary housed in a preserved building dated the 19th c. AD there is the valuable Library of Dimitsana, retaining 35.000 volumes of which 15.000 are rare editions of books from the 15th and 16th c. AD, manuscripts and rich history and photographic archive. Part of the books has been damaged during the Independence War, because they were used in the manufacture of bullets due to paper lack. The same building houses also an Archaeological Collection including findings from the ancient town of Tefthis and an excellent Folk Collection of local textile, objects of metalwork and historical relics from the Independence War.

The Patriarch of Constantinople and Ecumenical Patriarch Gregorios V (1745-1821) was born in Dimitsana and was a pupil of the Seminary. When the Greek Revolution exploded in Peloponnese in 1821, March 25, the sultan arrested him and hanged him in the middle gate of the entrance of the Patriarchate, which has since closed till now. His family house, nowadays restored in Dimitsana, accommodates the Ecclesiastic Museum, where icons and valuable ecclesiastic objects are exhibited, some of which being handmade masterpieces.

In a distance of 2km to the east of Dimitsana you can visit a fascinating open-air Water Power Museum. It is a large band craft from the pre-industrial times, whose buildings were restored and the operation mechanisms were conserved. Within an area of 1000 sq.m.you can browse in a grain mill, a fulling mill for the textiles, a tannery, a raki alembic for the production of the local drink called "tsipouro", a gunpowder mill and the houses of the miller and the skinner. In addition, audiovisual equipment is available to visitors through the exhibition places. The Museum was founded by the Cultural and Technological Foundation of the Greek Industrial Development Bank in cooperation with the administrative authorities of the District of Peloponnese and now belongs to the Cultural Foundation of Piraeus Bank. It is unique of this kind in the Balkans and it was awarded with an honorary diploma from the European Agency "Europa Nostra" in 1999.

4km out of the town you can visit the historical and important Monastery honored on Madona of Aemialon and see a small, picturesque village named Zatouna, where our great composer MikisTheodorakis was exiled by the military regime for several years during the decade of 1960. 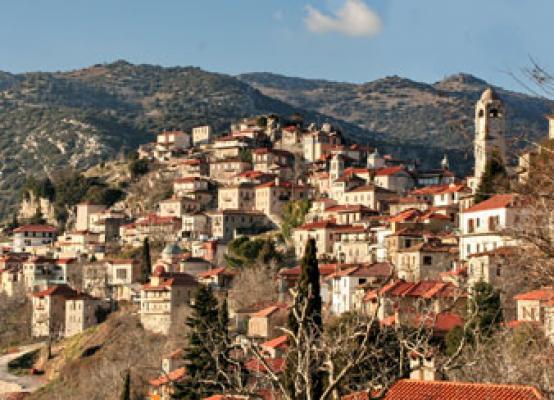 Make sure to visit this area with one of our holiday packages:
Archaeology Tour
Archaeology Activity Tour
Hotels you can stay:
Palatino Rooms & Apartments
Tweet