CARNIVAL IN PATRAThe Petra’s Carnival is the king of its kind in Greece ageing more than 180 years of history.  Every year in Greece, during the Carnival period, floral, artistic and satirical floats are taking the field. The events begin on 17 January each year and include a variety of events such as balls, parades, hidden treasure hunt culminating with the extravagant Sunday groups’ parade where more than 40000 people dance for more than four hours in the city’s major streets ending with the burning of the carnival king at the city harbor. 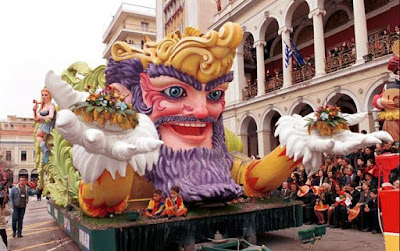